Absinthe began in France in 1789, initially as a healing potion. It was used to purify water and as an antiseptic. Absinthe gained in popularity during the Franco-Algerian war where many French soldiers had developed a taste for the high alcoholic “medicine.” and it became more and more popular. Because of its greenish tint, it became known as La Fée Verte (The Green Fairy). This is why French Absinthe is among the most popular.

As a result, by the end of the 19th century, absinthe was the favored cocktail of Paris and famous people were drawn to absinthe, like Vincent van Gogh, Pablo Picasso, Edgar Allan Poe, Henri de Toulouse-Lautrec, and Lord Byron, to name a few. 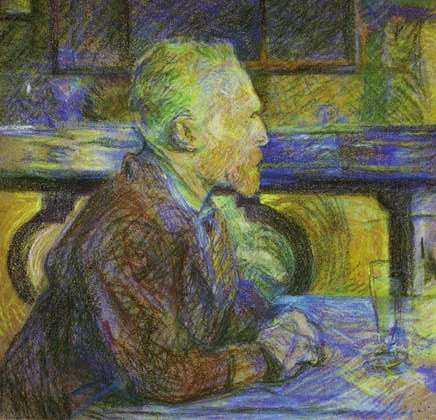 The popularity of absinthe wasn’t limited to Europe, as it soon found its way to the United States and in particular New Orleans, because of its large French population. Ernest Hemingway, Mark Twain and Oscar Wilde all enjoyed drinking absinthe at The Old Absinthe House on Bourbon Street. The Old Absinthe House is still there, by the way. 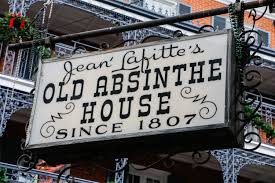 The Proper Way To Prepare Absinthe

There is a mystique surrounding the proper preparation and drinking of absinthe in the traditional way (as it was done by the French and Swiss 100 years ago). Because absinthe by itself is slightly bitter and highly alcoholic (90-144 proof), sugar is used to sweeten it. But you don’t just add sugar to the liquid (that would be barbaric), ice water is dripped onto a sugar cube while it sits on an absinthe spoon and the resulting sugar water drips into the absinthe. And that’s when the magic happens. As the sugar water drips into the absinthe, the mixture begins to cloud to an opalescent white. This effect is called the “louche” (pronounced loosh) and occurs when the essential oils are unable to disperse in water, creating the clouding effect. As the oils are released, the air becomes perfumed with the fragrance of anise and fennel. When the sugar is dissolved, it’s time to enjoy your “Green Fairy.” You can adjust the strength and sweetness by adding more water or sugar to taste.

If you're a visual learner, take a look at our infographic on how to properly prepare and consume absinthe.

Get Started With Absinthe

All you need to get started is absinthe glasses, spoons, and a fountain. You’ll need a glass and a spoon for each person, usually two or four, and a single fountain with the appropriate number of spigots (2 or 4). Absinthe glasses are specifically made for the absinthe ritual by having a reservoir or a line to indicate an absinthe dose and an absinthe spoon is designed to sit across the rim of a glass and has slots to allow the melting sugar water to flow into the absinthe. Absinthe sugar is standard sugar but is shaped differently to better stay in place on the spoon.

Or, if you prefer, you can buy an absinthe starter kit.