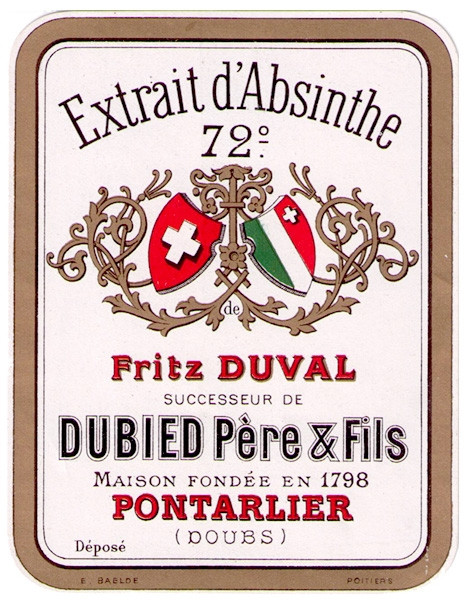 This is an authentic antique absinthe label from the Belle Époque, originally intended to be applied to an absinthe bottle. The label is in new condition, meaning it was never been used (applied to a bottle) and was made before 1915, when absinthe was banned in France.

The inks used in its printing process are bold and vibrant and feature a metallic ink as an accent. The use of a metallic ink creates a shinny, rich finish that shimmers in the light.

This label was intended to be used on a small bottle of absinthe called a "mignonnette." The mignonnette's were usually used as a marketing tool and contained between 2cl and 9cl of alcohol.