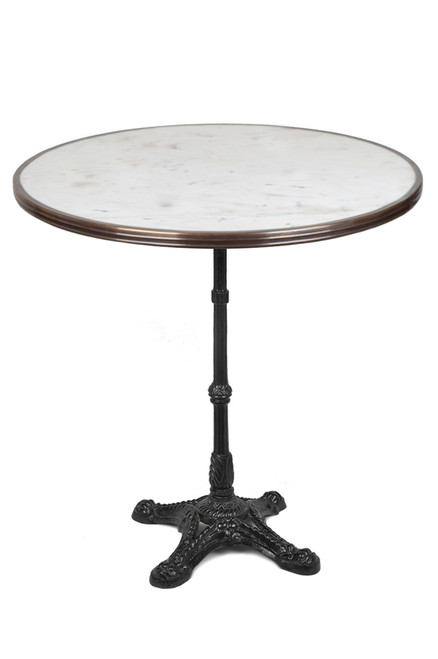 Each table features an antiqued, seamless brass band which encompasses the rim of the marble. The cast iron base features the same detail taken from an original early 20th century French bistro table. All construction has been faithfully reproduced, including the way the marble is a fixed to the table. The cast iron base and stem are held together by a large screw underneath the base.

The tables are suitable for use indoors or out, and suggested to under an overhang. If used outside, tarnishing may occur to the brass band.