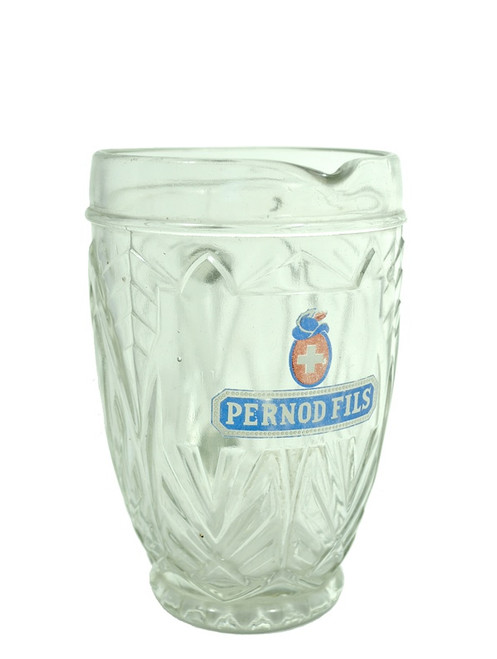 This glass pitcher dates back to the early part of this last century and could possibly be from the post-absinthe era. Pernod Fils was not only the first to commercially produce and sell absinthe, but it was also considered the best absinthe available. The company prided themselves on using only the freshest and quality ingredients that could be found throughout Europe and Asia. At the time, is was not easy to import such large amount of ingredients, like it is today, not to mention how costly this was. because of their going the extra yard, the name Pernod garnered respect by most and became synonymous with quality.

Pitchers would have been used only to refill carafes or fountains with water or ice and would have never been used as part of the ritual in the process to prepare an absinthe or pastis.