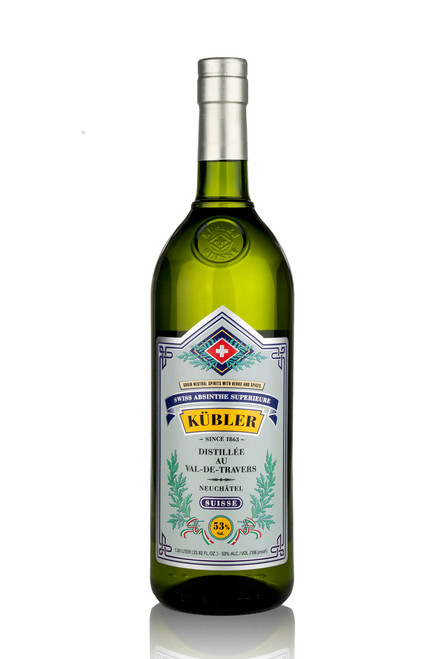 Kübler Absinthe Supérieure (106 proof / 53% ABV) is distilled in Môtiers in the Val-de-Travers region of Switzerland, also known as the "birthplace of absinthe." The area borders the east of France. Kübler was first produced in 1863by J. Fritz Kübler and was the first brand to be sold legally in Switzerland, after the national ban on absinthe was lifted in March, 2005. The legalization of absinthe in Switzerland is largely due to Kübler's lobbying efforts.

Now, over 160 years later, the distillery is run by Yves Kübler (a fifth generation Kübler). The current distilling process takes place only miles from the original location in the Val-de-Travers.