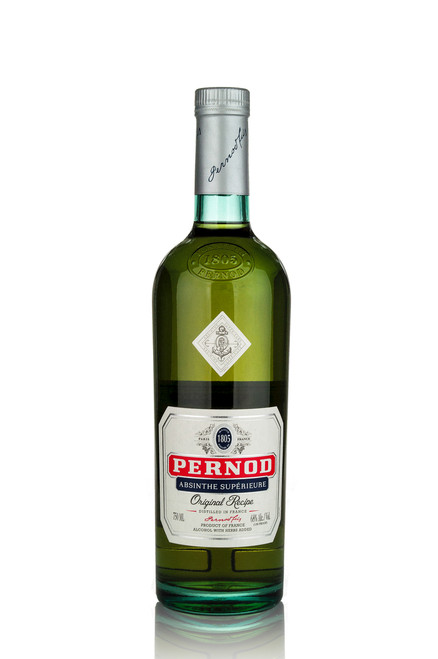 Pernod Absinthe, Original Receipe (136 proof / 68 ABV) is Pernod's closest recreation of the original recipe from 1805 to date. Inspired by the recipe from a 19th century manuscript, Pernod Absinthe is produced today following the traditional processes that were used to produce it in the original distillery of Henri-Louis Pernod in Pontarlier, France. No longer made in its original location of Pontarlier, France, Pernod is now produced in its new distillery in Thuir, France, in the south of France. The grande wormwood, however, is grown in Pontarlier. The wormwood and the green anise are distilled after maceration in a neutral wine spirit base. The “heart cut” of the distillation is then macerated again in an aromatic bouquet of star anise, Melissa, petit wormwood, hyssop, and secret plants that give it it’s beautiful green color.

Throughout the days of pre-ban absinthe, Pernod was the benchmark set for quality absinthes. It was considered by most, to be the very best absinthe made at that time and became a household name throughout Europe. Not only where they the first to commercially produce absinthe, they could easily be credited for te popularity in the 19th century and during the Belle Epoque.